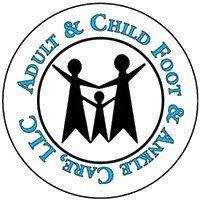 People in the Midlothian and Powhatan, Virginia may suffer from Hammertoes, a condition in which the toes get painfully stuck. The podiatrist Dr. John McMahon Jr. at Adult & Child Foot & Ankle Care can help.

Hammertoes is a foot deformity that can include the second, third, or fourth toe. Hammertoes causes the toe to bend downwards from the center joint, making it look like a hammer. The toe then becomes stuck. Hammertoes doesn't go away on its own, so treatment with a skilled podiatrist is especially important for anyone who is showing symptoms of hammertoes.

Why Do Hammertoes Happen?

What are the Symptoms of Hammertoes?

The most obvious indicator is visual. When toes curl downwards at the joint rather than pointing ahead, hammertoes is a likely reason. Many people who have hammertoe experience pain in the toes, and it is not unusual for people with hammertoes to develop calluses or corns atop their toes.

How are Hammertoes Treated?

The treatment for hammertoes depends on the specific patient and the symptoms they are suffering. For many people, a change in footwear can be very helpful. Roomy shoes that allow plenty of room for the toes are important for people who suffer from hammertoes. Special straps, cushions, and non-medicated pads for corns may also be helpful in alleviating symptoms. Many patients find that custom orthotic devices provided by their podiatrist are very helpful in managing symptoms and in preventing the condition from worsening. While many cases of hammertoes can be successfully resolved with conservative treatments, there may be times that surgical correction is the best solution, particularly for people who have very painful and rigid toes that are locked into position.

At Adult & Child Foot & Ankle Care, we accept a variety of HMOs, PPOs, and other health plans. Here is a short-list of just some of the most popular plans we accept. Please contact our office to verify acceptance of your insurance carrier.

Words from our patients